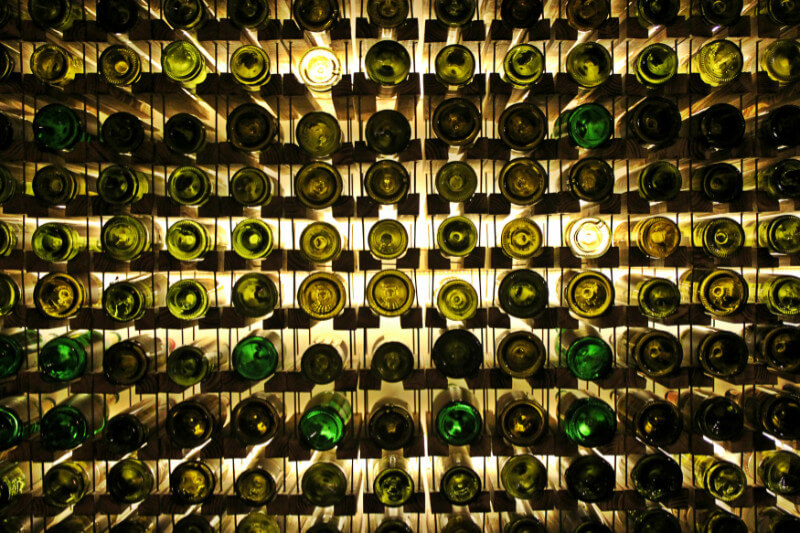 Don’t believe me? Read on…

In the 17th Century lived a scientist called Christopher Merrett.

Christopher Merrett was the first person to describe the ‘methode champenoise’ aka the traditional method of making Champagne, several years before Dom Perignon began experimenting.

In fact, on the 17th December 1662, Merrett presented a paper on winemaking which stated: Our Wine-Coopers of latter times use vast quantities of Sugar and Molasses to all sorts of wines, to make them drink brisk and sparkling. This describes the second fermentation process where, after an initial fermentation, sugar is added, sparking a second fermentation and naturally producing bubbles.

Yep! Stay with me:

Yeast extracts energy from sugar using fermentation and produces alcohol and carbon dioxide as waste. As the grapes used to produce sparkling wine are typically not very sweet, and one fermentation would bring the wine to about 9% abv, it is twice fermented.

In the second fermentation, a little more sugar and yeast is added and the bottle is sealed with a cap (like a beer bottle cap). The yeast ferments the sugars, producing more carbon dioxide and alcohol as well as the toasty, yeasty flavours you get from this style of winemaking.

The wines are stored upside-down so that the yeast gathers in the neck of the bottle and sits for YEARS like this (usually at least 18 months, but very often 36 months or more!)

When the wine is ready, the neck of the bottle only is frozen, the cap is removed and the frozen yeast and sediment pops out the top due to the pressure inside the bottle.

The bottle is then topped up with wine so it is full again and the bottle is corked, labelled and ready for sale.

Your bottle of English Sparkling Wine in the fridge has gone through this entire process. Years in the making, this is why sparkling wine comes with a higher price tag than still wine and why it is traditionally drunk at celebrations.

And English Sparkling Wine is so good that it has beaten Champagnes in blind tasting competitions. Quality just keeps on improving, and this is partly due to climate change.

**FREE DELIVERY on every order over £85! Order before 10am for same day dispatch & delivery the next working day** Dismiss